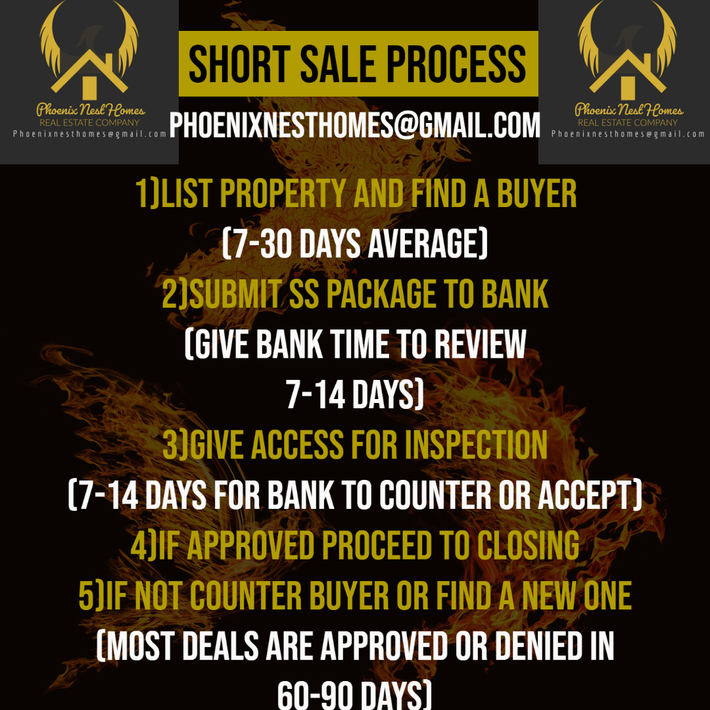 Can CBD help with your sale?

If you've stumbled upon this article, then you're obviously looking for information about CBD reviews and ratings and want to learn more about them. The good news is, you're not alone. Millions of people all across the globe are exploring CBD as a possible treatment for various ailments, including anxiety, depression, arthritis, epilepsy, chronic pain, and much more. For this reason, there is a tremendous amount of research being done on CBD.

Hi fellow Realtors! been awhile since I have been here but boy do I need help!

I have a Celink reverse mortgage that was just transferred to Novad for servicing. For starters, If the owner is alive and not in a facility, does he have to occupy the house in order to do a short sale?

Short Sale Vs Short Pay Off

You often hear the term Short Sale and Short Pay. They both are programs that involve a servicer review and a that a lien holder is being shorted and taking a loss on the mortgage payoff. They are similar in that nature but the outcome is distinguished as one program transfers the home to a new purchaser and the other is a designed for a borrower to retain ownership of their home.

If you haven't run into this yet, be aware that Select Portfolio Servicing (SPS) with Chase backed assets have a new guideline that can throw a wrench in the transaction. They are only allowing one short sale review! Meaning that if the buyer walks or if the deal is denied for a low offer, you won't be able to try again.

I had an approval and the buyer walked then they would not allow us to submit at the same terms due to this guideline. We also had a…

If you need short sale help or have questions about a specific short sale transaction please reach out to our community of specialists at 1-888-664-6964. We are happy to answer any questions and help point you in the right direction to accomplish your goals.

I have a customer who need agent in Orange county Florida.

It was approved but failed to go to settlement due to buyer's loan.

As anyone dealt with any short sale lenders that will agree to pay the HERO tax assessment?  Are lenders declining short sales due to the HERO being a "future" tax bill rather than a current or delinquent tax?  Need responses

While it IS possible to have a great "BUTT", eat right and get in those squats, there is simply NO such thing as a great "BUT"!!!!

I could lose the weight.....BUT

I could improve my relationship....BUT

I could get more clients...BUT

I could close more short sales...BUT

Just be honest....start following "but" with this phrase:

and watch how it puts things…

Nationstar is now Mr. Cooper! They do have a new Mr. Cooper letterhead authorization letter and they are still utilizing equator. Nothing internally has changed to our understanding of the short sale process for now. This was a move to re-brand the company.

We had a surprise just before closing on what we thought was a traditional sale.  We found out the seller had a loan modification in 2015 that include and $80,000 junior lien from HUD. This made the payoff about $20,000 short to close and HUD would have to agree to take $60,000 to $65,000 and release the lien and note. According to the seller's attorney, HUD doesn't negotiate.  I don't believe that because after 500+ closed short sales I've never experienced a lender that would not work with…

Has anyone been having an even more difficult time getting the approvals over the last 4-5 months than usual?  Seems like lenders are holding back since the market has gotten better or is it just me?

Does anyone have a n escalation contact at Bayview? They are refusing to look at my offer and stop at an auction which is scheduled for July 18, stating there is not enough time to stop it.

Just initiating a short sale with Ditech with Ginnie Mae as the investor. Trying to see if I need to start off the jump escalating anything to at least get off on the right track...   Does anyone know if the servicer will pay for a short sale processor..? Thanks

Been working a short sale with Shellpoint as the first for over 2 years.  Wells Fargo as the second.  1mil a piece owed on both.  Wells, 2nd removes their lien and will issue 1099.  Shellpoint has been playing games with the file and now on the 4th processor.  Give them everything they requested, for the 12 time, and now tell me their foreclosing.  Any suggestions??

Looking fir a 2nd lien which was Service released to Trinity Asset Management LLC in Jacksonvill FL, the company was closed in 2009 , any clues of where should i look ?

Wells Fargo issued a short sale approval about 30 days ago. When the title work was updated we found out the mortgage had been transferred to Rushmore. I thought for sure we would start completely over. Thanks to a rep by the name of Diego he made it happen! Just received updated approval before Christmas. We are closing this Thursday the 29th!

I look forward to helping more homeowner's - short sales are for the greater good.

Why Use A Short Sale Processor?

“No one can whistle a symphony. It takes a whole orchestra to play it.”

Some agents will not touch a short sale file without their processor(s) and others are scared to relinquish any control whatsoever. We come across a mix of both and find that once an agent has a processor who adds enough value to their business they will never turn back.

I have a  short sale signed up out of Tulsa OK for the Bank of Oklahoma. Part of BOK Financial Corp, BOKF, which operates seven banking divisions: Bank of Arkansas, Bank of Albuquerque, Bank of Arizona, Bank of Kansas City,…

Investor says Short Sale is No longer an option...

Anyone see this? Suggestions?

Check to see if the short sale has been set-up for the new buyer. She said they received documents however the investor is putting in a restriction on the file for a short sale and the available options are Deed-in Lieu , SPS modification and Repayment Plan. She said there is nothing that SPS can do to lift the restriction. And so I asked for the name of the investor on the file and she said she will send in a request for the investors name to be sent…