How to Identify an MI Company on a Wells Fargo first lien....

Does anyone have any suggestions as to how we would identify the MI Company on a first lien with Wells Fargo?

We would like to speak with them directly but don't know how to get to them.

Any input would be greatly appreciated.

Hi folks. I had a seller call me earlier this week needing a Short Sale agent ASAP!! He hasn't made payments for many months and had actually already moved out of the property expecting to be foreclosed on any day now. Chase sent him a letter and fortunately instead of just throwing it away thinking it was another collection attempt he opened it.

Inside was an offer he couldn't refuse. Stay in the house, maintain it, bring them a contract at FMV (fair market value) and they will…

A Common Loan Modification Mistake and How To Avoid It

Most homeowners negotiating a loan modification are not amazing negotiators. After all, it’s not every American’s job to be a great negotiator.

America is built on hard work and treating people fair. Most stores offer products at a good, fair price. The price is the price. If you don’t like it, then don’t buy… Continue

A Cautionary Tale on Loan Modifications

Loan Modifications are tough. Lenders don’t want to reduce your payment or reduce the amount you owe.

It’s insane. Don’t even get me started on the topic of the nation’s courts being tilted in the favor of the big banks!

Will I Owe Income Tax after a Short Sale

This is one of the first questions potential short sale sellers ask us. “I heard of something called “forgiveness of debt income and that it is taxable. How does that work?” they ask.

The following article is my personal opinion only. I recommend that you consult with a competent legal or tax… Continue

I am a real Estate agent that had a client with a negotiator (she was the CEO of the title company) She became so busy that she basically gave up on our short sale. I have decided to take over the negotiation portion myself and then just use her for title since the buyers money…

GMAC, was the financing arm of General Motors. It was taken over by Uncle Sam and has been mostly privatized as Ally Financial.

However, many people still have loans from the original GMAC. Some of these homeowners want to short sale, but are curious about how it works.…

The Journey Through Short Sales - A New Compass

In my ten years in general residential brokerage in the Lake Norman area of North Carolina I've seen a major change in the way I need to plan my business. In our region, which includes the Charlotte area, we did not experience the "bubble" to the extent that of other areas of the country did except for the Lake Norman waaterfront community which had a 29% price increase in 2007.  Generating business in multi million production numbers was accomplished if one stayed focused & directed…

Many of the short sale sellers we help are selling their home to avoid foreclosure. In addition, they are receiving lots of harassing calls from debt collectors.

These debt collectors seem to think that if you call someone with no extra money, then you can still get them to pay. Here is a little tip on how to stop their phone calls.

Discover how other sellers… Continue

HELP PROVIDENT FUNDING SHORT SALES - DOES ANYONE HAVE ANY SUPERVISOR CONTACTS

We have a client with a sale date of this Wed.  Provident has totally drug their feet with the file and just denied it this am not leaving us much time to meet their new required net.  We have been checking back with them for many weeks with no good communication from them.

Does anyone have any contacts within Provident for quick escalation?  Any names and contact information would be greatly appreciated!

Arizona and Nevada Sue Bank of America over Loan Modifications

From the Associated Press.....

Arizona, Nevada sue BofA over loan modifications PHOENIX – Dec. 20, 2010 – Attorneys general in Arizona and Nevada filed civil lawsuits Friday against Bank of America Corp., alleging that the lender is misleading and deceiving homeowners who have tried to modify mortgages in two of the nation’s most foreclosure-damaged states. 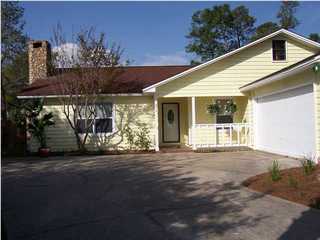 I have searched through this site and cannot find the answer I am looking for, so perhaps collectively we can use what we have learned  and post the data here..

I am looking for a list that shows what % on average each 1st lender will pay out to 2nds, and what each 2nd on average will accept to release their lien.…

Renters Trashed my house. What should I do?

The Stop Foreclosure Institute recently received a question from Richard. “I accepted a job transfer and had to move. Unfortunately we were upside down on the house.

I decided to rent it out rather than short sale it. The renters just moved out. I just checked the house. They trashed it!

I could rent the house out again,… Continue

Can I buy again right after a Short Sale? You Decide

We get this question a lot from people. “I am upside down and need to move. I would like to buy another home. Can I do that?” they ask us.

Today they can. FHA (the Federal Housing Administration) has a new program that enables you to short sale your existing home and buy a new home at today’s reduced prices.…

How To Make A Buyer Walk - Destin, FL Short Sales

How To Make A Buyer Walk - Destin, FL Short Sales

Has anyone had any luck with Key Bank on their short sales? Supposedly they need lender specific paperwork for their short sales, but won't send it out until the homeowner calls in and verbally agress to a deficiency...does anyone have a key bank short sale packet? They are like PNC with wanting the homeowner to agree to a deficiency right off the bat...trying to find a way around it! Any tips are appreciated.

Has anyone had any experience with Provident as the first? Do you have any contacts to whom one can escalate a file? (supervisor, manager, etc.)

We have a sale date of 12/22/10 and the negotiator does not appear to be doing anything with the file and they say they won't postpone sale dates without approvals. We already have the approval from the second which they have. The negotiator is NOT answering any of my emails.

Thanks for any input you may…

My Realtor hasn't talked to me about a Short Sale & I'm not even getting a showing. I think I might be upside down. What do I do

The Stop Foreclosure Institute recently received a question from Jennifer. She is having a hard time selling her home.

“I have had my house for sale for a little while, but it hasn’t sold. No buyers have come to look at it. At first I thought the price was fair. But, now that no one has come to see the home, I am beginning to… Continue

I have a SSA specifying that borrower is still responsible for the deficiency of the original loan.

I called Chase to get this removed and they are now requesting a contribution of 20% of the loss (close to $ 30K in my case) to grant the waiver. They also stated that will evaluate any "reasonable" contribution.

This is related to a primary home, one mortgage (never refinanced) and it seems really unusual that they are requesting this 1 month away of the proposed closing…