It has been several months since I signed up for Short Sale Superstars. It is the one site I have found that has information that I like to say "you can sink your teeth in", it is not fluff but real time information to aid all of us with our short sales. I have been referring agents to this site everytime someone asks me a question.

Yesterday an agent in our office, who is on the buying end, was frustrated with an OCWEN short sale. The bank was not responding for an extension.…

Request for copy of BPO denied

I have tried and so has the homeowner to get a copy of the BPO so that we know where BofA is coming up with their numbers. Every time, we are denied. BofA says we can't have a copy or know what it is! I talked to Fannie Mae and they said we should be able to get it, but no luck w/BofA. Any suggestions?

How Often Should You Call The Short Sale Listing Agent?

If you are a short sale buyer’s agent, it can often be frustrating waiting for any scrap of information for your buyer. After all, it might be three to five months before you get short sale approval. You don’t want to lose your buyer. It’s best to give…

Freddie Mac: Is there a HUMAN there???

Is there a HUMAN at Freddie Mac? As one of your largest investors, (80% of your stock I believe?), I was so hoping for some help with one of my Short Sales. Your CEO's have apparently decided that CHASE is a good investment as a "servicer" of a bunch of those under performing loans that I, and all of my tax-paying fellow-investors, are now holding the bag on.

I am challenging that decision.…

Anyone have any luck getting in touch with a live person from this loan company???

In September/2009 I wrote a blog titled "Is The FDIC Killing IndyMac OneWest Bank Short Sales & Loan Modifications?". In February/2010, the folks… Continue

As A Buyer, Who Can I Contact at Capital One to Get a Short Sale Processed?

My husband and I have submitted a fair offer on a property that was approved for short sale with Capital One. A couple of months have gone by and no one has gotten back to our realtor - I'm running out of time but REALLY want to buy this property. Is there some way to get in contact with someone at the bank? If I could just get in touch with someone I feel that I could work my way to the right person to get this moving!! Thanks in advance for any helpful info!!

This home at 352 Hwy 2, DeFuniak Springs, Florida has been approved as a… 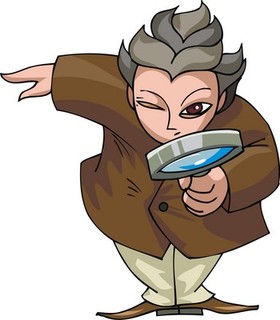 Statue of limitations in California

Hi folks. Today I want to clear up one big misunderstanding about the Equator.com system. For those of you that aren't familiar with Equator, Equator is the online portal that Bank of America and GMAC use to help expedite their short sales. Quite often I hear from agents, buyers and sellers that......"Equator accepted our offer" or "Equator denied our short sale." In fact, here's… 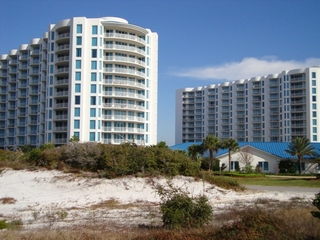 I had a short sale approval in November 2009 WITH 6% to agents, 3% closing cost credits, and $3040 to the second lien. Buyer could not get financing and pulled out.

Sell your own short sale?

Does anyone know if I can sell my own home on a short sale in Illinois?

We recently received an email (below) from a negotiator at WF. I was told FHA is not affected, but they are not detailing what Conventional investors are. Has anyone else received this?

I have been trying to get a short sale approved on a condo via Equator. I escalated the file and resubmitted and now the counter offer is even higher than the 1st time the file went through. Original counter was $72K now they countered first at $85K and now $75K with a 7K promissory note or 3K cash contribution and not paying a lot of fees - such as lawyer, wire, transfer and 2nd lien because they claim I did not give them 2nd lien holder's info though I put it in the comment section where…

I just purchased this course online and I have no idea when or how I'm going to receive it. Can anybody help?

I just purchased this course online and I have no idea when or how I'm going to receive it. Can anybody help? Continue

Here we are 15 days away from closing...Wells Fargo 1st (not extending closing dates now), PNC 2nd...Pnc is demanding 25k in their recovery department. We have 17750 to give them...closing is very close...sent email to president of PNC...his office sent email to Tim Seislof (spelling)...still demanding 25k...what else can I do to get this closed?

Purchasing after a Short Sale

Is it two years or three years that a person can purchase a home after they sold their home on a short sale?