I have a client in need of short sale in that area.  Small house. No buyer yet.

You can take the lead and take the listing.  All I ask for is to deliver great service and results!

The National Association of Realtors and the U.S. Department of the Treasury are collaborating to help Realtors better assist distressed homeowners who are struggling to Selling Your Home Through a Short Sale - Avoid Foreclosure.

Realtors who attend upcoming Making Home Affordable "Help for Homeowners" outreach events, sponsored by the Treasury Department, will learn insights to help them…

Anyone have a good contact with Indy Mac.  Been working on a short sale since Sept.  Have an approval but can't get Trustee Sale Extended.  Eric Middlebrook [email protected]

Reports of foreclosures by the millions have been in the news so much over the past few years that to some, it might seem like the new normal.  It sure is the new normal here in Phoenix, Arizona.  We  are one of the states that have…

Senators are introducing legislation to shorten the process of a short sale about time.  Sen. Scott Brown, R-Mass., along with Sen. Lisa Murkowski, R-Alaska, and Sen. Sherrod Brown, D-Ohio have joined forces and have a bill in the works.  The Bill S-2120 aim is to require lenders to shorten the time to get an approval.  This Act may be cited as the `Prompt Notification of Short Sales Act'.…

Mortgage Payments Weighing You Down?

Are Mortgage Payments Weighing You Down?

Take action now to turn it around in 2012

Recent economic upheaval has taken a hefty toll. Foreclosures and Short Sales are every where in Phoenix, Arizona.  Looking forward to 2012, it’s impossible to know what’s…

Birmingham, MI Short Sale Realtor ask "Is Your Mortgage out of Balance with your Budget?" Certified Distressed Property Exper

It can happen quickly.

An expensive car repair, an unexpected hospital visit, a missed week of work – just a few little things and the life you’ve worked so hard to build can feel like it’s tipping dangerously out of balance. 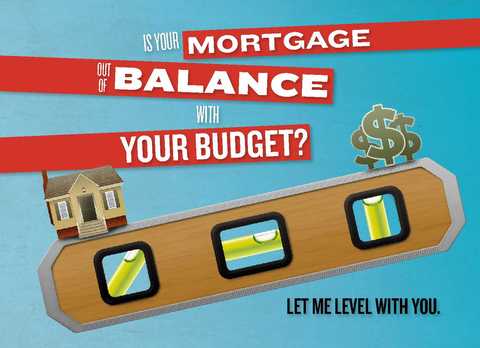 Once the scales turn against you, it can feel like it is impossible to ever tip them back in your favor again. When your…

Are there any other Virginia SS gurus on this site? I could use some help on a VHDA SS. VHDA is a tough nut and we could use some help from someone who has more experience than we do with them. We've closed one with them, and it went beautifully, but we are finding that they don't negotiate and their SS terms on their non-insured loans are all but impossible. I am working on 2 at the moment (neither are insured loans--the one we closed was insured, so none of the following conditions…

The Winchester, VA real estate market is predominately made up of three types of real estate sales.  There are fair market (straight seller sales), short sales and foreclosures (also known as REOs or bank owned…

Thank you for furnishing the escalation dept phone number for Aurora

This seems to be all over the web these days as real estate sites get the
word out and, there’s a lot of paid advertising on the Google about getting bucks for selling short. The phrases are all about the same: “Get Paid to Short Sale My Home” is the most prevalent.  Also we see the bank’s name inserted in front like Chase paid me cash to sell short, Wachovia Paid me to Short Sale my home and…

Federal Lien ( Dept. of Justice ) seller is in prison for one year .

Seller has about one year to serve on money laundering conviction which also carried a $260,000 fine

The fine is showing up on title as federal lien DOJ , can he sell , mod or DIL with a lien that exceeds the value of the property ?

There are approx 7,953 homes for sale in the Las Vegas area that do not have offers on them per the local MLS.

This is for single family homes without contracts on them.

Tipping the Scales Toward Foreclosure?

Fear of foreclosure is a national epidemic.

Resolve to Face the Facts!

Many people here in Phoenix, Arizonaare Tipping the Scales Toward Foreclosure!

Since 2007, 8.9 million homes have been lost to Foreclosure and boy, here is Phoenix…

Newsletter:Is A Hardship Needed To Do A Short Sale?

My client has a first of $325,000 with GMAC and a 2 lien/equity line from BB&T for $240,000.  BB&T is suing my clients outside of the short sale. They are suing them personally and have had to hire a foreclosure attorney to respond to the lawsuit. BB&T wanted $22,500 cash up front to allow our short sale to close as we have a buyer with an offer of $210,000. GMAC accepted this all cash offer. However,…

The seller did not want a secondary negative credit reporting of a  'foreclosure' on his credit after his BK, so that is the reason he would like to short sell.

The first Lien holder ( B of A) approved the short sale and offered the junior Lien holder (chase) $6,000 to release the…

HAFA Short sale declined - too much given to Fannie

Weird situation here that I basically don't understand.  I've been doing short sales for clients for a few years and have never run into this situation.