Does anyone have a name of someone higher up...I have a FHA I'm trying to do and Fannie is coming back wanting Full price of what is owed even with showing to model matches that are way under. Need some help????

I am wondering if anyone has ever done a short sale with Teachers Credit Union? It is not a huge branch but they are not small either.

I was told by the mortgage department (since they don't have a loss mitigation dept) that they will not accept an offer for less than $200,000 since their unpaid balance is $230,000. They are not going to entertain any lower value. They also never waive the deficiency.

Midland won't work a short sale without an approval in writing from Navy Federal accepting $1500 (balance is aprox. $70k).

Navy Federal won't look at the short sale without an approval in writing from Midland showing what offer they will accept and what Midland will approve for Navy Federal.  Navy Federal will not order a BPO until they have the Midland approval in hand.

I, the buyer, have received approval for a short sale that is HAFA II. The only problem is that the 2nd lien holder wants more than $6000 for a GSE.  The first lien holder is claiming it is illegal to ask for more than $6000. But it is my understanding that the 2nd lien is "offered $6000", but is not forced to accept only $6000? Also how do you handle this? Fannie Mae's instructions state no one (buyer, seller,...) can pay the extra amount.

Typical "Short Sale or Not" Questions and Answer - Portland

Because I am very active in Short Sales in the Portland, OR metro area, I get all kinds of questions by email and phone.

As much as possible, I try to keep the questions and answer in email form.  One of the most common questions I get is:

"should I short sale or not".  My answer is almost always "it depends".  Basically, whether a short sale is a good strategy to unload a property, or not, depends on the specific situation.  The email sequence below is a good example of…

Hi all, I have been doing a short sale with Nationstar and its been in equator for quite a long time now. They promised us the approval letter when we met the net they required. It was in November 2013 and since then there hasn't been any response from them. I tried emailing negotiators and managers in equator, tried calling them, but no response at all. Does anyone know somebody at the top level who can help me get an update on the file and keep it moving.

California Foreclosure Spike .. Look at the FED RESERVE NUMBERS... Its not a surprise to this professional

Spiking Foreclosure and the Statistics, those pesky little numbers! Can consumer emotions be tied to those same numbers?  As a Realtor®, businessman I look at the statistics and then try and apply them to my client and community needs.  For some time  strong honest market influences have been advising the public to research the market and if they are considering short…

Give Us Hope, Mr. Lawsky!

Many old people, cancer patients, newly married couples, single moms, among others have been evicted by the loan servicer Ocwen. Many have seen their short sale requests turned down only to watch their homes sold for lower prices to builders and investors. As per…

The Woman Who Will Battle Ocwen

According to Forbes, Kathy Patrick is the woman wall street fears most. “The toughest lawyer you will see,” works out of an unassuming 33-lawyer Houston firm. She teaches Bible study on Sundays and sings in her church band, while raising two teenage boys with her husband.  Her $8.5 billion Bank of America settlement over bad mortgage deals was just the beginning. "Who else has ever gotten $8.5 billion out of anyone? Go find a settlement where anybody in history got $8.5 billion in a private…

You May Take Your Ocwen Complaint To The DFS

Superintendent Benjamin Lawsky's office at the Department of Financial Services have raised certain concerns about Ocwen's ability to service mortgages and have halted indefinitely a $2.7 billion deal by Ocwen Financial Corp. to purchase mortgage-servicing rights from Wells Fargo.

FHA Back to Work Program

Exciting News! FHA Is Allowing People that Suffered through Recent Economic Hardships to Apply for a Home Loan with the FHA Back to Work Program.… 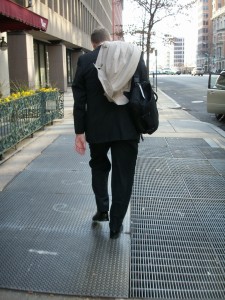 Seller Forced into foreclosure with high Fannie Mae pay off

Simple Ways to Get Your Home Ready to Sell

Simple Ways to Get Your Home Ready to Sell 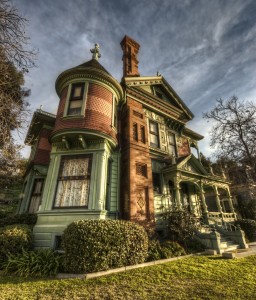 Who are best NOD/preforeclosure listing services?

I have been using a service for past few years and their data is often outdated and has errors. I am looking for a best service. Any suggestions based on your experience? Thank you in advanced.

Can The Junior Lien Holder Recieve More Than Apporved By The Short Sale Lender?

There are many lenders and investors that have no issue with any party to the transaction, including the agents, making payments to junior liens or other expenses not approved by the short sale lender. In fact BofA and other large servicers place this right in their approval letters.