So my fiance and I have put an offer in on a home that has been in the short sale process for quite some time.  There has only been one offer previous to us(months ago) and it never went through, the people backed out because the bank wouldn't pay all of the closing costs.  Well we put an offer in for the bank to pay half of the closing costs and the realtors thought that would be okay.  Well we're approaching our 7th week with nothing from the bank.  The selling realtor said the owners of the… Continue

Is anyone doing Titanium Solutions? What is your experience with them so far? Is it worth the time to apply and test? Are you making any money?

Can a 1st lien holder require the seller to make a cash contribution? The 1st is with GMAC, the negotiator told us the seller had to contribute, they would not allow the buyer to contribute. Does anyone have a good contact at GMAC?

Just curious how many have paid to be certified by Equator and, if so, has it been a benefit. All opinions are welcome.... Thanks!  Jane

Possibly. I had a member of Short Sale Superstars wonder why a Mortgage Insurance Company would let a property go to foreclosure instead of agreeing to a Short Sale now. The property is in a non-recourse State so the Seller is protected from any deficiency judgments after a foreclosure. So why wouldn't the MI just settle now and be done with it?

'DOES ANYONE HAVE A GOOD CONTACT WITH CITI MORTGAGE? WE HAVE AN ATP SIGNED AND ITS HIGHER THAN THE NET PROCEEDS MIN, BUT THE NEGOTIATOR WILL NOT CALL US BACK,,, OR THE SUPERVISOR... GETTING LIP SERVICE AND THE 120 DAYS ARE TICKING... THANKS :)'.

From January to February prices fell 1.6 percent on a seasonally adjusted basis, according to the monthly House Price Index published by the Federal Housing Finance Agency.  The previously reported 0.3 percent decrease in January was revised to a 1.0 percent decrease.  For the 12 months ending in February, U.S. prices fell 5.7 percent.  The U.S. index is  18.6 percent below…

On this particular property I have been through 2 different Buyers and 4 appraisals, 2 by the lender.  I know for a fact that all 4 came in around the same price.  There is a 2nd and a 3rd which have been negotiated and approved.  The Buyer is willing to contribute to the balance of the 2nd and the 3rd so there will be no deficiency notes.  After we did everything that PNC Mtg requested from the "investor" BoA they came back to say they would rather go to foreclosure.  Under the new law…

Can anyone give me an idea if you have had experience with Wells about how to negotiate deficiency judgment off in short sale. Also, how to structure re-payment schedule on this

Lien removed.  First the lien and deficiency taken care of.

Do you REALLY want a short sale or is a foreclosure more suited to you?!?!?!

Sometimes I really wonder if people, no matter how hard I stress the importance of submitting supplemental documentation in a timely manner, really see the urgency in the situation.

Day 1 of request:  Hi, Mr. Seller The bank is requesting this form to be filled out and they need it back in 4 days.

Day 2, Hi Mr. Seller Have you filled out that form for your lender? Could you send it back to me ASAP

Day 3, Mr. Seller it is imperative to get that form back to your…

Chase just approved this Destin Florida townhome for short sale.  The process was a challenge. There were past due association fees and a judgment recorded in Walton County.  In Florida, a property cannot be sold unless liens and… 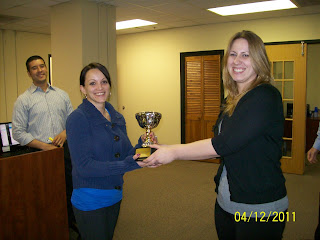 BBB: American Homeowner Preservation Gets an 'A'

The Better Business Bureau recently gave foreclosure prevention company American Homeowner Preservation (AHP) an "A" rating. AHP provides a short sale leaseback program to families who owe more than their homes are worth.  When existing lenders approve, families are able to short sell and stay in their homes… Continue 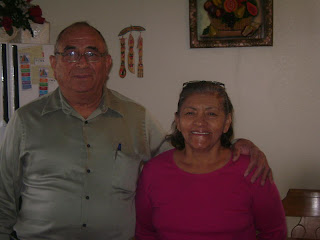 "We were introduced to your program by Gil Bivens of Aztec Financial in Phoenix, Arizona. The entire process was surprisingly very simple. When Gil gave us an initial presentation about the program and how much money we were going to save, it was hard to believe… Continue

ING Direct, the Dutch-bank and internet-based mortgage lender, has objected to American Homeowner Preservation’s program to keep families in their homes, and ING will no longer consider AHP short sales. “ING DIRECT will also be adding your company to our exclusionary list as your company strictly finds investors to keep sellers in their home, while the bank takes a significant loss.  This is against ING DIRECT’s short sale policies and guidelines, and as such you will no longer be able to work… Continue

I found this in our FAR newsletter today:

NAR: U.S. bill would speed short sales WASHINGTON – April 14, 2011 – A new bill introduced into the U.S. House Tuesday would, if it becomes law, improve the process for approving short sales, bringing relief to distressed homeowners who can’t keep their homes and hope to avoid foreclosure.

The bill, supported by the National Association of Realtors®  (NAR), would impose a 45-day…

I had to deal with a bank for a borrower who is in the military, and we all appreciate and respect these military people, as they are our protectors. How can a bank, state, "unless we have a copy of the borrowers orders, stating that he must live a certain distance from home to base, we will not even consider a short sale". as we all know, military files are "Classified/confidential" and cannot and will not be handed to a bank for any reason whatsoever. Common sense,… Continue

Dealing with Credit Unions for a Short Sale

As a Short sale Specialist, I have never dealt with such a bunch of unmotivated employees at Tremont Credit Union, who not only are so disorganized, but would rather foreclose on a borrower, instead of trying to, #1, possibly and likely obtain more money from a short sale; #2, take a chance that if the home becomes foreclosed on and then becomes vacant, there will be a possibility that the home could be vandalized,… Continue