1.  Indian Palms CC, Indio, CA.:  This 3bd/3ba Condo is located on the Fairway and in great condition.  Appliances included other than washer/dryer.  Granite eat counter was added off the kitchen and there is a lovely, gated porch on the Fairway side of the…

Reputation And Choosing a Realtor To List Your Sunnyvale Short Sale

In 2007 the Sunnyvale market was very competitive for buyers, especially for homes in the Cupertino School District. Many homes were getting multiple offers (like today) and nerves were often frayed (like today). I was working with a very nice couple who were looking for a single family home with Cupertino schools. They made several offers before one of their offers was finally accepted.

Can I still do a short sale even If I am going through a foreclosure?

Absolutely. YES!!! You will not be asked to move out until the closing. If your specialist is actively working with your bank, your lender will typically delay the foreclosure proceedings making it possible for you to stay in your home a little longer.

How do I qualify for a short sale?

While lenders have become more lenient in recent times, there are typically three qualifications required for a short sale.

Why Should I short sale my home?

What is a Short Sale

A short sale happens when a lender is willing to accept a lower pay off on a loan than what is currently owed. In a short sale, the borrower will owe more on the property than the home is worth at its current state, however, a short sale happens only when a homeowner qualifies through some kind of hardship.

Found out that my Short Sale with ____________ has been stopped as they are transferring this sellers loan to Nationstar . Having Irrate Sellers and Buyers and Buyers agent panting at my door . This is so sad anyone

Short Sales and Self Check Out Lanes

You think you’ll try the self check out lane because you’re kind of in a hurry and with only a couple of items, it seems like the right thing to do.

First, the scanner doesn’t read your bananas so you have to punch the numbers in manually, but because the code on the sticker is so small, you have to first get your…

Contacted Citi past December to initiate short sale. Submitted all required documents, with offer in January.

They contacted me to meet with appraiser in February.Have continued to stay in touch on a bi-weekly basis.

2 weeks ago when I called to check status, they informed me that the short sale department is no longer authorized to speak with me as the property owner is deceased and the file is with their legal department, which will not speak to me either. Yes, this was of…

Is it wise to "name names" in Blog Posts?

Specifically...Lender names when talking about experiences with them with regards to Short Sales???

I have mixed feelings here.  Yes, I have posted blogs about my own experiences with particular Lenders.  They DO get responses..both from other Short Sale Agents which I find most helpful and even in some cases, the Lenders themselves.  I have had several stalled Short…

NEWSLETTER: Great News For Our Military Members And Short Sales!!

We hope everyone had a productive week helping folks avoid foreclosure. We had a major site redesign yesterday so be sure to pop over and have a look. Let us know what you think.

Great news for our military members!!

Washington, DC – Federal Housing Finance Agency (FHFA) Acting Director Edward J. DeMarco today announced changes to short sale policies that will make it easier for military homeowners with Fannie Mae and Freddie Mac loans to honor their financial commitments when they are required to move as part of their duty.

Don't be an ostrich!

If you have an questions about short sales in The Silicon Valley please feel free to contact me.

J. P. Morgan Chase is quickly becoming the bank of the incompetents

J. P. Morgan Chase is quickly becoming the bank of the incompetents

J. P. Morgan Chase is quickly becoming the bank of the incompetents.  Not only can they lose 2 billion dollars in investor funds, but they can also turn a…

Time is Running Out: The Mortgage Debt Relief Act is ending and why you should care!

Time is Running Out: How the Mortgage Debt Relief Act can save you!

In 2007, the Mortgage Debt Relief Act was passed in an attempt to help the millions of homeowners who, due to the housing crisis and economic crash,…

Is a Short Sale Right For Me? 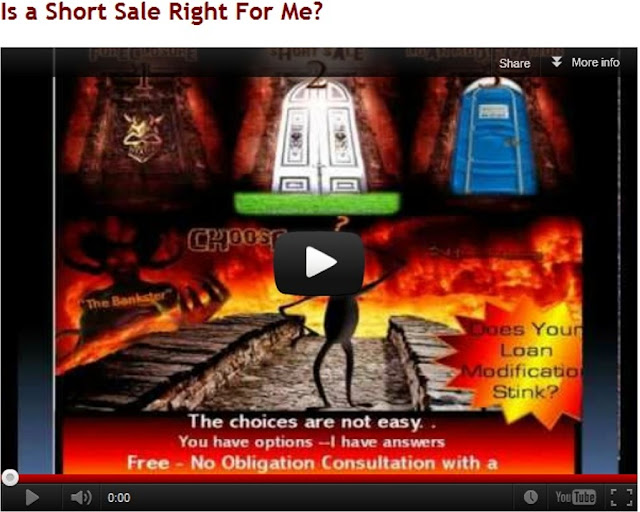 How can you know if a SHORT SALE is a good option for you?…
Continue

The Wisconsin housing statistics are now in for May of 2012. Here is an excerpt from what the Wisconsin Realtors Association (WRA) had to say:… 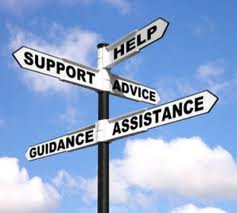 Just one more home loan adjusted, wiped off the books and a new buyer in place here in La Quinta.  This 3 bdrm/2ba courtyard POOL home was built in 1993 and approximately 1550 sf.  Currently has a tenant in place that has signed a lease with the new Buyers.

This charming 3bd/2 bath home is located in the La Quinta Cove.  52255 Avenida Obregon  $148,000.  Well maintained and smartly designed inside with a large kitchen, family room and nice seperation of master bedroom and guest bedrooms.  The front yard features an enclosed, gated courtyard that is lushly landscaped.  Both sideyards are gated and the backyard is a green oasis from the desert heat.

There is only one note with Chase on this home and the home has been a primary residence. …