No one ever saw it coming!

The Sellers were moot until Escrow/Title discovered a NEW LIEN!!!

"Picture it" Sophia Petrillo, a Golden Girl would say,

- There was pepperoni all over the place! -

You wouldn't have believed…

NEWSLETTER: Tax Foreclosure In The Middle Of Short Sale?

I took a listing with Citi Financial last November 2011. Thinking Citi one loan no problem. I though Seterus was bad but Citi Financial is taking the cake on this one.

John Florez who is the Center Manager for Citi Financial in Phoenix has been harassing the homeowners to the point where they called me to see what options they had due to them having to relocate out of state for a job. I advised them about doing a Short Sale and after talking with their attorney and accountant…

Please come and Join me as I show how Short Sales are more about effort and less about certifications.

Is your Bloomfield/Birmingham Michigan Agent, A Bank Of America Short Sale Realtor, by: Mike Sher (248) 496-1572

New Fannie Mae guidelineswill not allow the secondlien holder to require a promissory note or agreement to pay back the moneyoutstanding, the second lien holder must release the difference

Appreciate your help or advice on this: Below is basic scenario involving PHH as the 1st (the 2nd is the problem).

I have a call in to Fannie Mae to get clarification on this "guideline" in order to gain some ground with the 2nd.

First mortgage PHH today stated that Fannie Mae recently changed their guidelines and now will not allow the secondlien holder to require a promissory note or agreement to pay back the moneyoutstanding, the second lien holder…

How to Find the MI Company

If I see there was less than 20% down at purchase (without a piggyback) or if I see the servicer changing since the loan was issued, I assume there is MI either paid for by the seller or added by the new lender when they bought the loan.

1st, I call the servicer and ask, REPEATEDLY, because you have to find the rep that hasn't got them memo not to give out this critical information. Get the MI company and the mortgage certificate number (it's like the account number for…

I am helping out on a short sale in Redwood City where Chase is servicing the first and second loan. What this means is that the owner has first and second mortgages that were originally gotten from Chase. These loans were then sold to investors and Chase maintained the servicing. This means that ultimately Chase no longer makes the decision about whether or not to…

The Myth Regarding "The Market"

For the past few years, any time someone asks me what I "do" and I respond that I'm a Real Estate Broker...I get that same look and tone of voice preceeding the question "Is the market getting any better" with sympathy written all across their face.  While I certainly appreciate compassion, the truth is, as I respond..."It's been steady all along".  "The only thing constant is change"

Hey does anyone know if USDA does Cash for Keys?  We are trying to get them to allow the seller $$ for relocating and Chase is telling me no because USDA doesn't have any programs. I am unsure if he truly knows or is just saying that. I can not find info either way.

It is no secret that the market in Silicon Valley is crazy. The inventory has never been lower so the competition for homes is  fierce. For example, Taylor Morrison is opening up a new town home development in Sunnyvale in May and they already have 300 people on the waiting list. Homes in Palo Alto are sometimes getting…

From the Florida Association of Realtors newsletter:

NEWSLETTER: Should The Buyer Pay the Negotiator Fee?

Anyone have success getting Aurora to approve repair concessions?

I have an approved short sale with Aurora but after inspections the buyers are wanting to ask for concessions for the roof and siding. Has anyone successfully asked and received these type of concessions with Aurora? 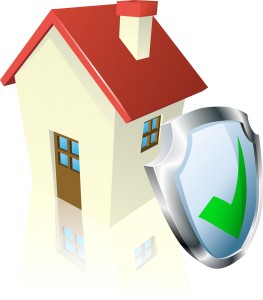 I just closed a Wells Fargo Short Sale that is not typical. It was a nice 3 bedroom townhome in North San Jose, close to Santa Clara. The owners were divorcing and neither could afford to buy the other one out or afford the property alone. This constitutes a hardship in most lender's minds. I have closed other Wells Fargo short sales with similar circumstances. The current owners had been able to…

As a consultant offering Business Development for the distressed home market I have found lately one of the biggest issues is with the first page of the PSA. PLEASE remind all Agents that ALL information needs to be complete and names of sellers must match what is on Title- EXACTLY.