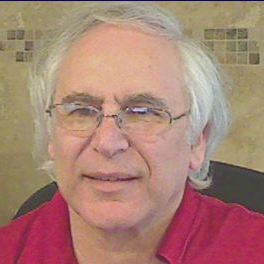 My Profile
Specialize in foreclosure prevention by many means, including short sale. Located in Louisville, KY serving the Kentucky and Indiana markets as broker in residential and commercial real estate.

Metro1 is not associated with the government, and our service is not approved by the government or your lender. Even if you accept this offer and use our service, your lender may not agree to change your loan. If you stop paying your mortgage, you could lose your home and damage your credit.

Just had a surreal experience with Chase.  We sent in our Authorization to Communicate from our client back on January 11, 2011 together with 91 pages of support documentation requested in order to qualify my client for a $10,000 cash-back-at-closing incentive from Chase for him to participate in their short sale program.  They did a BPO and fixed the sale price.

On April 11 we sent in an offer, together with all docs required to complete the short sale package.  On April 12th I called through to confirm that all docs had been received. The processor acknowledged she had received documents from us but would not agree to disclose anything more than that.  After a few go arounds she acknowledged she could see the Authorization to Communicate, but insisted she could not communicate with me further because the Authorization had not been loaded into "the main system", and that would take 5 to 10 business days!

Mind you, I had spoken to them several times already during the preceding months and all I was asking was acknowledgement of recent docs, using an Authorization sent in 3 months earlier.

I immediately escalated by calling the executive office, spoke to the assistant to the person in charge of short sales for Chase who I reached at her home, and was told to call back the next day.  Chase called me back the next day and promised me a response to our offer on Friday - 2 days later!!!

Teresa Simon said…
I had to file a complaint with the Office of Comptroller of Currency after 7 months of not even getting Chase to find the loan.  That worked!