I was listening to talk radio and was intrigued by the teaser for the next segment. "Ohio man bulldozes $350K home to avoid foreclosure". Hmmm. I REALLY wanna hear that one. I listened to the entire interview
and at the end I was perplexed. First of all, here are the details.
Terry Hoskins of Clermont County found himself in a predicament with
his Moscow, Ohio home. He was facing foreclosure and was upset that the
bank that held the note, River Hills Bank, would not work…

The California Association of Realtors released their "2009-2010 SURVEY OF CALIFORNIA HOME SELLERS”. The report showed that approximately 67% of all California home sellers that were able to sell their house in this market sold their home
because they had an inability to meet their mortgage obligations. In
other words, they couldn't afford their house. Whether it be due to a
variable rate mortgage that was resetting higher, a job loss, sickness
or just the fact…

I really hope someone can help me on this one, I had research for almost 2 years how to put a back to back closing ( ok please do not laugh) I have the seller I have the B (investor buyer) how does the investor market and list a house that is laready listed by the agent who is representing the original seller? in other words how does the B list a property as a seller to C buyer?

how does the B to C transaction takes place when doing a new listing? ( to re-sell to a higher…

Hey all you short sale superstars. First off, I want to thank you all for your great information and informative posts/tips. I am working with this company for the release of a 2nd lien on a CA property. I have already retained the first from our friends at BofA, and I thought that was bad. This company has been extremely difficult to work with! After sending my clients package in four different times (as of course they never received it the first 3 times, and fourth time around they were… Continue

Bank of America have made the move to an internet based short sale system modeled after there foray into the REO world. We have and are currently using the system and it seems to be an improvement at lest with adding information… One issue is supplying the buyer social security number a requirement is the first 5 numbers not the standard last 4. Coming from a computer background I…

If You’ve Decided to Short Sale Your Home

HAFA,(Home Affordable Foreclosure Alternatives Program) will be implemented on April 5, 2010, is part of the Home Affordable Modification Program (HAMP). The new initiative aims to help homeowners who are unable to retain their home under HAMP through the use of short sales and deeds-in-lieu of foreclosures. As part of the program, incentive payments will be provided to both homeowners and servicers, but homeowners must meet certain requirements to participate.

Stay current in today's Short sale and ever changing market.

If you need short sale training to feel comfortable pulling off the deal, you’re not alone.…

Interest Rates To Remain low, But For How Long?

The CEO or Freddie Mac, Ed Haldeman, recently gave a speech to the Detroit Economic Club regarding a number of issues including the state of the
current Real Estate market. According to Mr. Haldeman we are in a “transition to a recovery”.
He went on to state that the two main factors were the stimulus package
and the fact that the Fed was keeping interest rates at record lows.

One statement he made during…

Here is a brief market snapshot for the Riverside and surrounding communities. I’ve included the number of homes currently available on the market in contrast with the number and percentage of homes that
have closed escrow in the past 30 day time period.

Free Short Sale Tip You Can Use ASAP

One of the simplest negotiating tips:

When you leave a voice mail message for your negotiator (I know, they…

Happy Anniversary to the Stimulus?

Today marks the 1 year anniversary of President Barack Obama signing the American Recovery and Reinvestment Act. For the past 365 days, the purpose of this stimulus package was to take our hard earned tax
dollars to stimulate the American economy. Part of the package went
towards items such as a 2.6 million dollar solar panel system for the
Denver Museum of Nature & Science, which by the way, has over 90
million dollars in their bank account. Another $25,000 went to…


SHORT SALE MARKET EVOLUTION - GMAC SOLUTION TO FALSE BUYERS If you haven't read it pop over to ActiveRain and do so. Here is the language GMAC wants if you have a short sale with them as the lender:

My wife and my Real Estate partner got a call from the legal department of some company requesting that she must remove the term “Certified Short Sale Expert” from her website. It seems they have rights to the phrase. I removed it from her site… Looks like it just got a bit more complicated.… 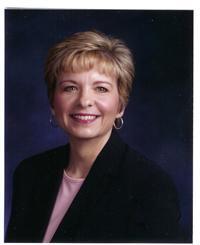 I just started to upload Pictures, CMA's, BPOs and whatever I can get my hands on in Equator, since BoA is the most unbelieveale, unreasonable of all!!!! has anyone done this? does it make a difference?

I took it as an advantage since they don't care what we say but what the "BPO" says FMV is, if I can show them the BPO was wrong in their decission for Market Value, by showing them actual damage or decline in market, maybe and maybe they they will see that this agents probably…

Strategic Default, Might not put Your Mind at Ease...

For the first time in two years active resale home in the greater Antelope Valley is above 1,300, with active core over 900. Banks seem to be releasing some of their stockpile of REOs. Short Sale are keeping pace with the REOs at present.…

I have a short sale with WF as the 3rd TD, we are offering 10K as pay off for approval, and they will not give it because nothing is coming from the 1st. TD Bank of America!!!! Bank of America is ready to close the file, DO YOU HAVE ANY SUGGESTIONS????? HELP