Anyone have approval and then at time of closing the file was declined because MI never approved it?

My agent didn't include the payoff to the 2nd, so in reality this approval would be void anyway. But has anyone ever received approval from the lender, to then have the file declined because MI didn't originally approve the SPO?

Are Lenders more likely to cut commission if you're double ending the deal? 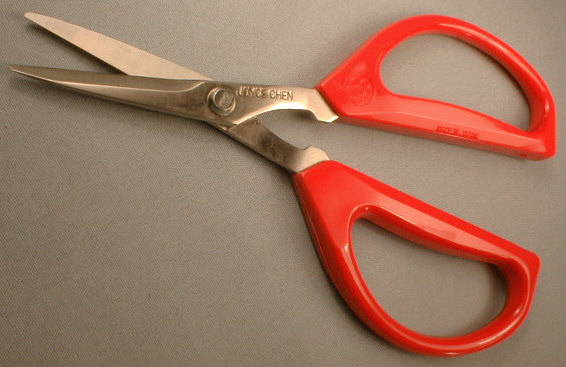 Just out of curiosity as I was browsing the shortsale deals that have closed in my area. I found that several transaction had the same agent listed as the Listing and Selling Agent. I have not been in this type of situation before so I would like to know if anyone has any feedback on this.

Lenders do cut commission as we are all aware in shortsale situations. Some reduce it more than others, depending on the overall… Continue

We have all been waiting for this news and now it official!

Lets hope they can handle it and we can be sent the REO listings!

Winners of the www.ShortSaleSuperStars.com contest.

Hi folks. As you know we just had our 1st contest at www.ShortSaleSuperStars.com. You can read about it here.

We made a couple of changes as we went along. Hey...we own the site and can do what we want :) The first change we made was Wendy and I asked our site moderator,… Continue


Why would my Lender want to allow a Short Sale to help me? The reason is simple; a short sale often has a better return on investment to the lender than a foreclosure. The average savings a lender sees from a short sale property compared with a foreclosure property is $14,000. Not only does the lender receive this savings, they are also paid on the loan 6 months earlier than in the foreclosure process. This allows them to collect and… Continue

I will be posting some information regarding ASC in the next few days. I noticed (or at least I didn't see one) there was no Lender Group for this company.

Looking for a little help or advice. I am in the 4th month of a short sale with B of A. One loan. The bank had an appraisal done Jan. 2, 2010. Three days before than the homeowner got loan mod. papers in the mail. They had been denied a mod a year ago. B of A handed off the SS to Equator and won't tell me anything. Equator Reps say they are a processor and have no info. How do I find out what's going on and get this closed? Thanks for any and all help.

Contest - What can be done to help make the Short Sale process run smoother?

Why do I want to do Short Sales?

“Short Sales” is my favorite, I enjoy it and it’s a passion to help people on real estate distress, one of my greatest satisfactions is when everything was accomplished, I will tell you why:

I enjoy and feel full of satisfaction when people say to me from its heart how grateful they’re with two single magic words “Thank you” that means a lot, means you did something good to someone in need of… Continue

Why Do I Do Short Sales?

Why Do I Do Short Sales?

A few years ago, the discussions around real estate were two fold: either the bubble is going to burst or you better get in before you can't afford to buy.

In Orange County, California, our prices sky rocketed between 2001 and 2007, increasing in double digits for several years running. They always say that what goes up must come down, and so it was with the Orange County real estate market.

But, I don't think many would have believed… Continue

WHY DO I WANT TO DO SHORT SALES?

I want to be SUCCESSFUL at Short Sales because I WANT TO BE PART OF THE SOLUTION for all of us: distressed home owners, neighborhoods and the economy.

Short Sales are less detrimental to everyone.

Both Sellers, and Buyers, need Real Estate Agents educated in the Short Sale process, trial and error experiences are not enough. We must understand the expectations of the Lenders and meet them.

Sellers need to know there is another solution, other than… Continue

Contest - What can be done to help make the Short Sale process run smoother?

What can be done to help make the Short Sale process run smoother?

Well... a couple of things:

Agents Seller and Buyer should set expectations of seller and buyer up-front that a short sale refers to the lender approving the seller's contract to sell their property for less than what's owed. It does not refer to any sort of time frame. Some short sales take longer than others.

Short Sale Lost…maybe?
I represent the buyer in this particular short sale. The listing agent is well established, with a good reputation. The sellers elected to use the services of an attorney to negotiate the short sale rather than have their agent do it for them.
Our contract was signed on September 1 and as I understand it, the first lender actually came to terms fairly quickly. They allowed $3,000 to pay off the second lender, a small but not uncommon… Continue

Contest: Why Do We Do Short Sales?

Why would you ever want to do a short sale? Agents ask us this question often. Then the next question is, “How do you still have a smile on your face after working in Short Sales all day long?”

The answer is quite simple. Your heart is warmed when you see the sigh of relief on a stressed out homeowner’s face who has been biting their nails every day as the court date for their foreclosure is coming up fast.

Your heart is… Continue

I know, I know, anyone reading this has got to be saying...yeah right..a painless short sale? But it is true that a short sale can be painless provided that rules are followed and a few tools are used.

One of the most important rules that I impliment is that my sellers are in the game. I explain that at times it may seem that I am demanding, and asking for more and more documentation (ie. paperwork), but I am just the messenger and at… Continue

CONTEST - What can be done to make the short sale process run smoother?

I would like to say that this is my own idea, however, I would like to share with you the information I received at a meeting yesterday with a Short Sale Manager from Wachovia Bank. This news is exciting for short sale agents and I am hoping that other banks will follow Wachovia's lead as it will greatly reduce the time frames and headaches for the current process!

CONTEST--- Why do you want to do Short Sales?

First things first, I'm a new agent. I have no insights into how things can be improved with shorts sales, so if you're after learning about the newest in mouse traps--- just move along. Nothing to see here. That's right folks. Giddy-up. Don't even slow down.

So, from the perspective of a total noob, here I am. In all my glory, feather boa and all.

Why do I want to do Short Sales?… Continue

I believe that Lenders are working diligently to streamline the process and that through consistent training and information resources such as Short Sale Superstars, that agents can become and remain educated on the process. Training. Training. Training. But it doesn't stop there. To make a smoother short sale, I recommend that agents inform their seller of what to expect from them and what they can expect from the agent and the short sale process. Getting a COMPLETE and QUALITY short sale… Continue

Why I want to do Short Sales


When I became a Realtor three years ago, it was after nearly 30 years in a variety of sales and marketing functions.

It is my firm conviction that Sales is a noble profession. People often roll their eyes at me when I say that. They are, clearly recalling some experience they have had with a slimy salesperson who was focused only making the sale at all costs with… Continue

Why I help Kansas City homeowners negotiate Short Sales--and how they could go better...

I have heard it said that FEAR is the great motivator.

My experience has been that fear can cause homeowners to become professional AVOIDERS. Dodge the phone, leave the mail unopened, don't answer the door. And, I totally understand that fear and motivation to stick your head in the sand. I have been in financial trouble, and even faced foreclosure. When my daughter was born and needed a lengthy ICU stay, I thought it would bankrupt my family. We had massive medical… Continue

From the Tampa Tribune.

TAMPA, Fla. – Jan. 5, 2009 – Florida homeowners facing foreclosure may soon get one last chance to negotiate with lenders trying to take back their homes.

The goal of the order, written by Chief Justice Peggy Quince, is to help handle the state’s glut of… Continue